Do non-executive directors need to be younger?

The average age of non-executive directors – or NEDs – of FTSE listed companies is over 60 but how old should they be in the fast-changing world of tech? Chris Maguire reports.

For many senior executives hurtling towards retirement, becoming a non-executive (or NED) has become the Holy Grail.

Sitting on the board of directors but without being part of the executive team, the NED will be well remunerated for deploying their skills, experience and bulging contacts book to help businesses grow.

It’s a cosy arrangement that has existed since time immemorial but is 62 – which is the average age of non-execs of FTSE companies – too old for the fast-moving world of technology?

There’s anecdotal evidence that tech NEDs are a bit younger than 62 but one leading recruitment expert has predicted that tech NEDs of the future will be in their 30s and even mid 20s. 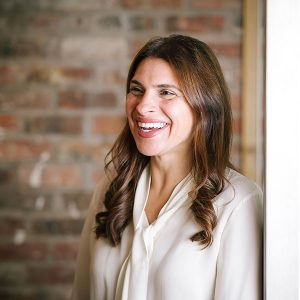 Earlier this year the company expanded into non-executive directors and Tindall told BusinessCloud that times are changing.

“Traditional non-execs have come up through an executive career in a corporate company,” she said. “They have a demonstrative track record of promotion. They’ve achieved director or C-suite level, like CEO, have transacted, sold or bought businesses, and are in a position, post their executive career, to advise businesses.

“The traditional average age of a non-executive director in a FTSE 100 company is 62.

“When we are looking at the digital and tech sector and, in particularly the businesses that are growing very quickly, the typical age and profile of the business owner, MD and CEO is very different and therefore the requirement for a NED is different.”

Tindall predicted that NEDs of tech companies in the future will be in their 20s or 30s – and some already are.

“In our view, in the digital and tech space, any NED is likely to be someone who has recently founded and successfully sold their business and are now in a position to advise other business owners to do the same,” she said.

But what do existing NEDs think?

Serial entrepreneur Ian Wright is 40 and a relative baby in the world of non-exec directorships.

In 2016 he sold the UK’s largest online non-exec network, which is now known as In Touch Networks, and was part of the management team that sold Careermap.co.uk in 2018.

Wright is also the CEO of VirtualNonExecs.com, which helps people start or expand their career as non-exec directors and says age is no barrier to being a NED.

“Many of the companies I have worked with have many grey hairs on their boards but a digital or online skill-set tends to lie within a specific age group and the two can complement each other exceptionally well,” he said.

Wright predicts that the tech NEDs of the future will be in their 30s because of the ‘seismic shift’ in the digital landscape.

“Younger and ambitious people are out there with all the new skills and new tricks that can help companies seek exciting new markets while retaining all the best of what traditional non-execs bring to the table,” he said.

“I think it’s an exhilarating prospect for companies with foresight and imagination to embrace what younger, digital and tech savvy NEDs have to offer.”

At 40 years of age what does Wright bring to the table as a NED? “More than anything, I have lots of M&A experience and am also used to identifying key hires,” he said. “I’m also well connected in the private equity space so it helps when businesses who are potentially considering a transaction have someone who can easily and quickly connect them with potential acquirers/funders which allows the management teams to focus on running and growing the business.”

After leaving his role as director of Tech North, Richard Gregory has found himself in demand as a non-executive director and advisor to multiple tech companies and agencies. 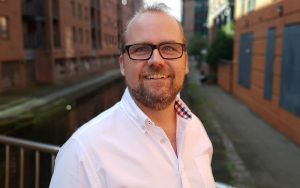 Now in his 40s he said there’s a difference with a NED of a tech business and a FTSE-listed company.

He said: “I was extremely fortunate to be graduating from university as the internet was coming into existence; it’s only natural to have an understanding of how this new platform could impact the business world. Nevertheless, I think scale-up businesses should be seeking advice from a wide range of NEDs. You’re seeing some of the popular FinTech’s like Revolut and Transferwise add a little ‘grey’ to their boards as they encounter more regulation and need a deeper understanding of the industry they’re challenging.”

At 70 Jacinta Elliott is at the older end of the non-executive spectrum and has one non-executive directorship – CRAMS at Genilogic, which aims to make the world of work safer through their CRAMS software.

Elliott has previously worked as a programme director for the Goldman Sachs 10k Small Businesses Programme at Leeds University Business School and said diversity is vital.

“Many people in their 20s and 30s are busy in their own enterprises and careers so may not have the time and focus to spend as a NED,” she said. “They may have lots of specialist tech insights but need to balance this with broad business experience.

“The NED should give ballast to the executive directors but not outnumber them. Different NEDs bring their own skills but should supplement rather than usurp the role of good accountants, marketing experts and technical advisors.”

Lee Harris is 44 and a NED for The Fresh Group and Manchester-based tech for good start-up Culture Shift.

He said: “I’ve never feared failure so therefore I have failed and I’ve learned a lot of doing so. I help businesses recognise what’s valuable to work on and what’s not.

“Age is irrelevant (when it comes to being a NED) although some real world experience is key.

“I think the age of both exec and non-exec directors will naturally reduce. We live in much more entrepreneurial times and that’s exciting for me as a father-of five.”

Stuart Thompson is 50 and a NED of three companies – Assetcool.com, mgiss.co.uk and spexbox.co.uk. He’s a director of Reorient Consulting and the chairman of the Institute of Directors for Lancashire. 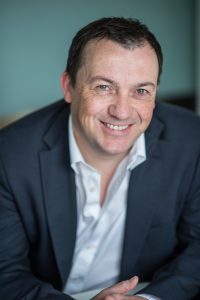 He said he offers ‘enthusiasm and fresh thinking’ adding: “I ask the questions which don’t often get asked. I help companies and their directors up their game, and they (nearly always) enjoy it at the same time.”

Thompson said it’s too simple to say you have to be young to sit on the board of a tech company. “The pace of change in tech is incredible so you can be an expert at a young age, but I know older people in the sector who are also experts,” he said. “Tech company boards should be diverse to perform at their best.”

The entrepreneur added: “The other issue to consider is the transition from exec to non-exec is not a simple one. You have to override your need to say, ‘don’t do it like that, do it like this!’ Successful people often achieve greatness by doing things their way and that’s not your job as a non-exec. That said I do think there are enough talented sub 30 entrepreneurs out there now who could add value to boards. They just maybe need guidance on transitioning to the non-exec role.

“Wise heads aren’t always old heads. It’s about creative, challenging, positive and different heads who bring a great attitude. If you are looking around your board table right now and everybody looks like you, then your business is already starting to decline.”

Roy Shelton is 53 and a serial NED to an eclectic mix of companies including KTSL; 4 Roads; Sales Bond; and Fire Safety Managers.

“A NED should bring a blend of skills which are highly transferable and should complement the other board members/ exec team,” he said, adding that although he doesn’t think the average age of NEDs will drop be does predict a ‘swell of younger and highly intelligent advisors’ in the future.

After being named ‘Youngest Successful Business Entrepreneur’ by the Government of Pakistan in 2010, Muhammad Asim came to the UK to launch Marq Millions at 22.

The FinTech company’s flagship product Arro Money uses AI to help users set up a bank account in three minutes and said the right non-executive director can be a game-changer.

“I have held NED positions in the past, and they come with a great responsibility to steer the business in the right direction and be blunt about things that are wrong.,” he said, “At Marq Millions, our NEDs have strengthened our decision-making power and confidence to start new projects.”

“The hunt for an experienced NED with knowledge of securing investment, navigating a challenging climate and pushing forward – someone who has been there and done it – therefore isn’t always easy, certainly in tech,” he said.

“As the CEO of a cloud tech company I want a diverse board. Yes, experience is important, but if the NED hasn’t been at the forefront of the tech space for the last 10 years, they won’t understand the space, talk the language, or ‘get’ the people within it. They may not be relevant.

“Alongside people who are wise and rounded, I want fresh blood – people that are happy to push boundaries, unrivalled creative minds, those who aren’t afraid to challenge the management team, however experienced. Youth, and diversity, is important. We don’t see enough women in senior positions earmarked as NEDs for example.”

Warren Middleton is a partner with KPMG and is so passionate about the subject he interrupted his holiday to share his views on the subject.

“My experience of working with FTSE, other listed and non-listed boards tells me that on most occasions tech knowledge is needed but not present in boards or when it is, if has one of two (or both) experiences,” he explained.

“The first is an ex- audit, infosec or control background. With an old style approach and often not enthusiastic about tech and everything it can do for a firm. – a bit out of date and not positive.

“The second is an ex IT director or major change project background. Usually but not always, negative about change and again controlling and to my surprise, often not enquiring and challenging in a positive way.

“This is not to say that there are not good examples. I did a lot of work with a global FTSE 100 client and they had two wonderful tech background NED’s who supported and challenged in the right way and were enthusiastic about how tech can change the business.

“One was young, perhaps 50 and a well known entrepreneur, the other was an older female who was ex CIO of a major US bank subsidy and has since gone on to be a NED at Barclays.”

The final word goes to Victoria Tomlinson, chief executive of Next-Up, which helps people over 50 to use their skills in what she calls ‘unretirement’.

A pioneering woman, Tomlinson was invited to become a director of what is now EY on the London management team at the age of 32 before running an award-winning communications business for 30 years.

Next-Up help people rebrand themselves when they leave corporate life, including landing NEDs.

She said: “I do hear people say they are victims of ageism, but I also see people in their 70s and 80s doing amazing things – James Lovelock just published his book on AI and the future of robotics at 100 years old.

“I interviewed an amazing woman in the States who in her late 60s has got a cyber qualification to lead board discussions on the subject.  She is in great demand. I think we can create our own markets.