How founders can keep control of their business

What have Colin Stevens, Carley Jones and Eren Ozagir all got in common?

The answer is all three are talented entrepreneurs who founded their own business- BetterBathrooms, Kettlebell Kitchens and Push Doctor respectively – but all three are no longer involved.

The trio raised significant investment but their cases are different and this isn’t a blog about apportioning blame. Let’s look at the undisputed facts.

BetterBathrooms was founded by Stevens in 2001 but he left the business in November 2017.

BetterBathrooms sealed a £10m investment from Business Growth Fund (BGF) in 2013 for a 30 per cent stake to fuel the company’s ambitious expansion plans but the new board removed Stevens and his father and the company went into administration within 18 months.

Eren Ozagir, who previously worked for MusicMagpie, founded online GP service Push Doctor in 2013. He oversaw the raising of circa $36m of investment before stepping aside suddenly in 2018.

He was replaced as CEO by Wais Shaifta who praised Ozagir’s ‘incredible’ contribution to Push Doctor in an interview with BusinessCloud and said the split was amicable but necessary as the company changed direction to work closer with the NHS and target the corporate market.

Self-confessed fitness fanatic Carley Jones appeared to have it all by 2018. She’d hit on a winning formula with her gym-themed fast food brand – Kettlebell Kitchen – which she launched in Ancoats, Manchester, in 2016. 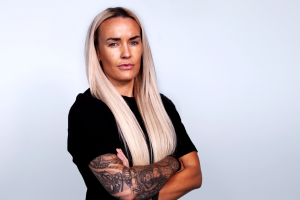 In its first year it was turning over more than £1.5m and making a profit of £200,000. Three more stores followed, turnover peaked at £3.5m, the workforce grew to 110 and Jones was named North West Woman of the Year in the Rising Star category at an awards ceremony run by Barclays. Kettlebell Kitchen had a multi-million-pound valuation.

Then a few short months later the company had gone into liquidation.

A blog I wrote about what went wrong at Kettlebell Kitchens was viewed more than 250,000 times on LinkedIn. The key players in the story were Jones and her investors Gary Nixon and Jamie Alaise.

Once again this blog isn’t the platform to revisit what happened but there’s no doubt that the investment changed the dynamic of the business.

However what the cases of Colin Stevens, Carley Jones and Eren Ozagir highlight is that while a founder will always be the founder but they may not always be the owner. The question is why?

At this point I should stress that for many businesses taking investment has been a good thing and has been the rocket fuel for growth. The key is choosing the right investor.

When a business owner takes investment they’re giving away a slice of the pie. From that moment on they’re tasked with growing the pie to keep the investors happy. Failure to grow the pie sufficiently could trigger a knock on the door and being handed your P45.

Paul Haydock has more experience than most of creating businesses and raising funds. He began his career as the co-founder of myparceldelivery.com, a courier service comparison site for SMEs now known as Sorted Group, with David Grimes. 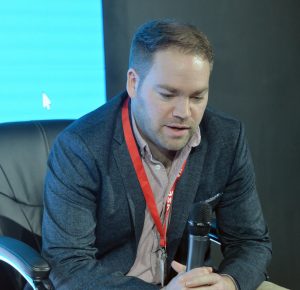 Haydock and Grimes went their separate ways very amicably and in 2014 he co-founded DueCourse after identifying a problem SMEs had with the late payment of invoices.

In 2016 the Manchester-based start-up raised £6.25m in funding and was backed by founders and investors in Zoopla, LoveFilm, TransferWise and LinkedIn. Unfortunately in July 2017 the firm went into administration. The shock was palpable.

It prompted a painful period of self-learning but Haydock came back by launching a new business called Autopaid and a new service called Founder Fundraising, which matches tech start-ups with investors.

He says: “When you raise investment – particularly post-Angel round investment – this often comes on the condition that the new investors take a board seat or two.

“The more rounds of investment you do taking on new investors, the board composition starts to move towards investors outnumbering founders.

“As a result, over time control (which ultimately sits with the board) starts to swing from the founders towards investors.”

Haydock says founders need to ‘smash it’ if they want to retain control of their business.

“The better the business is performing, the more options you will have when raising capital, and therefore the better terms you are able to negotiate with any incoming/existing investors, including a ‘one-in-one-out’ on the investor board seats so founders retain control,” he says.

Elizabeth Gooch knows what it’s like to almost lose your business, an experience she says nearly ‘crushed’ her.

Gooch believes it’s important people are open about their mistakes and admits she floated on the AIM market before they were ready in 2005 and sold out to US tech group Verint for a bargain £26.3m in 2017.

However she says the only experience that nearly broke her was the day she almost lost control of the company she founded to the board she helped appoint.

Gooch says relinquishing control is something all founders should face at some point and says they should avoid giving away too much equity too soon.

She’s come up with a 10-point plan on how founders can reduce their likelihood of losing their business.

1. Wherever you can reward with share options instead of equity with good/bad leaver conditions. This means equity has to be earned and, in the event of a leaver, the options can return to the company;

2. If you can afford the repayments, and you can get it, borrow money or get grants rather than give up equity too soon;

3. When you need to grant equity, think first about how you might want or need to use that equity in the future. Don’t give away too much too soon or the founders could end up being diluted too quickly and not able to share in the wealth they are creating proportional to their effort;

4. Get a shareholders’ agreement drawn up, or amend the company’s articles to explain and agree how shares will be handled in the event of a parting of the ways. It’s like a prenup for business;

5. Consider different classes of shares, with no voting rights for example, to protect the core business;

6. Bring in outside investment when you don’t need it to give you better negotiating power – and so release less equity;

7. Understand the company’s articles, how directors are appointed/removed from the board and the rights of minority shareholders so you can look after everyone’s interests, including your own;

8. Pursue strategic investors – those who can help the business, either providing skills, market knowledge or contacts you don’t have or investors who are able to stand their corner in the next round. Bring in the right investors for the stage the business is at and where it will go next. Getting an institution or two on board along the way will help break through the next stage;

9. Getting outside investment may also bring with it additional responsibilities and formalities. Welcome them. Formation of a board, additional non-exec directors or people with monitoring rights, the need for agreed business plans and budgets, regular board/investor reporting and investor relationship management. This ‘governance’ can be seen as an overhead, an impediment to agility or even losing control of the company. But, implemented sensibly, these activities don’t just protect investor interests, they are also a value add to the business and the founder; and

10. Be open to giving up the CEO position to a better CEO when the next stage of the business requires a different skill set, but remember that you wear three hats; shareholder, director and employee. You have responsibilities and rights in each of these roles and stepping aside as founder CEO, for the good of the company, doesn’t necessarily mean that you automatically relinquish everything else. It’s tempting not to worry about the formalities when you are the founder, but make the time to document your contract of employment too.

The CEO took the decision to buy out her external shareholders because she didn’t enjoy the experience. “I can’t see me selling equity again, she says. “I now owe the bank a lot of money!”

Vikas Shah is the CEO and managing director of Swiscot Group and an Associate Professor of Entrepreneurship at the Lisbon MBA.

He says: “In the rush to raise money, many founders either lose too much equity too quickly, fail to use instruments such as convertible debt, or end-up handing investors terms which can mean that they (the entrepreneur) can be pushed to one side, particularly when things go sour.

“Some of this falls on investors to be ethical, but a lot of it falls on entrepreneurs to be aware of what they’re signing-up for. I’ve seen too many occasions where good businesses fail because of shareholder and shareholding disputes.

“Another common reason why founders lose control of their business is a lack of robust structures and processes around decision-making; what corporate land sometimes refer to as ‘controls.’

“This may be something that goes against the ‘move fast and break things’ culture of start-ups, but it’s important- early on- to make sure you have processes in place for how your organisation makes decisions and who can make decisions about what and when. Failing to resolve these issues early can cause serious challenges later.”

Shah says cashflow is key. “I’ve seen too many entrepreneurs who lose control of their businesses as a result of ‘running the gauntlet’ on cashflow,” he says.

“The minute your business starts to reach a point where it’s not able to meet payments; a whole host of external stakeholders in that cash – ranging from your creditors, to HMRC and even employees –  can effectively remove your freedom to trade by making claims against your business. Cashflow is the #1 killer of businesses, of all scales and you have to plan this extremely carefully.”