Surviving as a start-up

Why do so many start-up businesses – especially in the tech sector – fail? Chris Maguire canvassed the views of 12 leading entrepreneurs to get their top tips.

According to the Small Business Association 30 per cent of new businesses fail in the first two years, rising to 50 per cent inside five years. 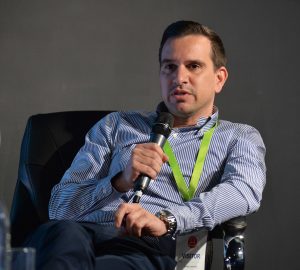 A separate survey by Bloomberg concluded that 80 per cent of new businesses crash and burn within 18 months.

These statistics tell you two things. The first is that no two sets of statistics are ever the same and the second is that surviving as a start-up is a precarious business.

So why do so many start-ups fail, especially in the tech year?

Reasons given often include a lack of research or a robust business plan; insufficient funding; complacency; not listening to your customers; and a failure to differentiate yourself from the crowd.

I’d be jumping the gun to pretend I had a foolproof system of surviving in business but I’ve met thousands of start-ups and I’ve canvassed the opinions of 12 established entrepreneurs who I really respect for this blog.

Richard Barlow is the founder of wejo, which is one of the UK’s most exciting start-ups. wejo provides information to a variety of end-users including insurers, local authorities and breakdown recovery services by tracking seven million connected cars.

The company’s technology is already processing more than one million data points every second and General Motors invested $25m in a deal that valued wejo at £213m.

Richard Hayes is the co-founder and CEO of Mojo Mortgages, which raised £7million in Series A funding. 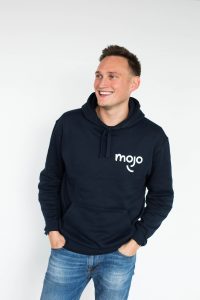 He’s a confident guy and says: “My piece of advice would be to work your absolute arse off and master the art of discipline.”

Ben Hookway is the CEO of Lancashire-based Relative Insight and has previously been involved with several successful technology-based businesses, such as Vidiactive, Next Device and Critical Path in the UK and USA.

His first piece of advice to start-ups is learn to say ‘no’. “The word that kills business isn’t ‘no’ it’s ‘maybe’. Also revenue will take twice as long as you think.”

Nicola Weedall is the chief executive of Manchester-based FinTech and she offered one simple do and don’t to start-up entrepreneurs.

“Trust your instinct, have confidence in your own ability and back yourself,” she says. “You don’t fail until you quit, right now it’s an experience.

“Don’t just listen to feedback, act on it – perception is reality and it’s easy to miss what others see when you’re so stuck in the detail.”

Anthony Chisnall, co-founder and CEO of Liverpool-based DriverNet, which is a mobile application that bridges the gap in connections and information between drivers, driver management and customers.

Chisnall says: “You have to learn and adapt very quickly to survive – our product has changed so much thanks to customer feedback.

“Build a strong support network of people around you for support, guidance or a second opinion as circumstances can change quickly, with survival depending on changing with them.”

Jade Parkinson-Hill is the founder of Liverpool-based EdTech business Steam School, which was founded in 2016. Steam School hosts a weekly live broadcast with innovators from the world of science, tech and digital media.

Parkinson-Hill says: “My advice to aspiring start-up entrepreneurs is to start small and fail fast. Great ideas for businesses are easy to find but you need to test your ideas with real customers to understand the true potential of an idea.

“I started with a six-month pilot project whilst still working as consultant, I have been running Steam School as minimum viable product for a year so that we could generate funds to build an app for schools.

“I have learnt so many lessons along the way and schools have provided us with instant feedback so that we can build a product that they actually want and need.”

Parkinson-Hill identified mindset as key. “You need to keep the faith in your idea,” she says. “Prepare to be flexible, keep turning up day in, day out, even on the bad days and eventually it will pay off!”

Tracey Dawson, managing director of Leeds-based Daletech Electronics and only got involved in the business after her husband died of a heart attack in 2016.

She says staying focused is the key to surviving in business, wherever you are in your life cycle.

“Understand what your goals are and always focus on them,” she says. “It is very easy to be distracted especially by ‘shiny’ things but stay focused especially when difficult decisions have to be made.”

When it comes to offering advice the entrepreneur returns to the age-old problem of taking the wrong type of investment.

“There’s definitely a link between share dilution and losing control of your company,” he says. “This normally happens when there are two plus people starting a company because straight away there is no majority and as soon as you raise the money you have no control of the company. If you fall out with your business partner then it could be game over for you.

“There are ways to protecting yourself against this. For instance, you could attach a different share structure like every one share has three voting rights which put you back in control. Thinking about this at the beginning is quite important.

“I had one investment company that wanted to put a drag along with clause in the investment documents which said that if an offer came in that they would accept that could force the owner who owned 90 per cent to sell the company. I pulled out of this investment for that clause alone.”

He says: “My advice would be, keep focused on what you’re doing well and your core product, don’t get distracted, set small goals that lead to your mountain moment and employ people that are committed and passionate and driven.”

Jonathan Elvidge is the co-founder of HealthTech start-up Moodbeam and says surviving in business is about the team.

“Get the right people, talented and motivated people, who support your vision and purpose and bring them with you on the journey,” he says.

Simon Swan co-founded Manchester-based Hiring Hub In 2011 and is an entrepreneur I really admire. He says there’s no one single secret to surviving in businesses but a combination of things.

“You have to manage cash carefully,” he says. “You have to remain creative, open-minded and opportunistic. Resilience is everything. Always be selling.

“At the same time look after yourself: sleep, eat well, exercise. You can’t do all of the above tired, unfit and on an empty stomach.”

Lydia Yarlott is the co-founder of Forward Health and spoke at BusinessCloud’s HealthTech conference earlier this year. Founded in 2016 the start-up’s initial offering was a clinical messaging app for UK-based clinicians.

“Make sure you pick a great team from the start, even if that’s just one other person,” says Yarlott. “That probably means someone who’s really different from you, who can fill the gaps where you’re weakest, and vice versa.

“But you’ll need them to keep you going when it gets hard. One don’t – don’t assume that just because your team is small they will automatically communicate well. Set the tone and the culture right from the beginning, air problems and be as open as you can. At the early stages, your company is more like a family than a business.”