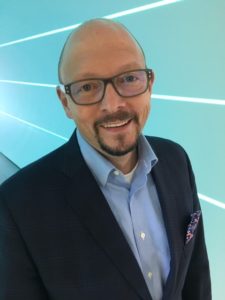 One of the biggest challenges facing entrepreneurs is how to transition from a funky start-up to a fast growing scale-up.

The business landscape is littered with disruptive tech start-ups that never grow up sufficiently to join the scale-up community.

Before we look at the reasons why we should start by defining a scale-up. The accepted definition of a scale-up is a company with an annual return of at least 20 per cent in the past three years with at least 10 employees at the beginning of the qualifying period.

Manchester is just one city which is throwing significant resources at trying to create a scale-up community because the impact on the economy would be massive.

Skip Fidura is somebody who knows all about the challenge, having spent 10 years at dotmailer (which is now known as dotdigital), most latterly as strategy and insight director. He now describes himself as a ‘fractional’ chief marketing officer because he says the term ‘freelance CMO’ creates the wrong impression.

I should say at the outset that the American’s real name is Gordon. He was called Skip as a child and the name stuck, which is no bad thing in an industry where the name of the game is to stand out from the crowd.

Fidura said there are two ways to scale a business. “The first is bootstrap, which means your scaling up goes very, very slowly,” he explained. “The second is you go out and you get some investment. The challenge with getting investment is the investors are talking to a lot of people and they may not know anything about what you do specifically. You’ve got to be able to narrow your proposition down to a couple of sentences that are really in plain English, or whatever language you speak. Plainly speaking, tell the average punter what it is that you do and why they should put their money behind it.”

The board advisor to Overmore Group said 153 employees is the magic number of employees that separates a start-up from a scale-up, requiring a different approach from the founder and the need for processes.

“Animals only have a limited capacity of the number relationships we can maintain. Now in humans, it’s slightly different because of how we have evolved. You can see it in other primates you know, the size of the social and familial groups that they live in. In humans I believe that magic number is 153 so I just rounded it to 150 because it’s easy to remember.”

Fidura said once a company gets to 150+ staff the founder can no longer walk around the office and know the name of every member of staff.

“It was really important to that founder that they took everybody to breakfast on their birthday but they can’t remember all the birthdays anymore. Now they have to have a process. They have to go to all the employment records, find out the birthdays, put it in a calendar, that’s a silly example of process.”

Fidura said a lot of entrepreneurs kick back against the idea having an HR department as they grow, something he’s seen himself in start-ups.

“Once you get more people, it’s really hard to instill the culture into everybody,” he explained. “We made a couple of bad hires. It was strongly suggested that we get an HR director and the founders pushed back on it really hard. Any time somebody mentioned HR their reaction was ‘well, ‘they’re the fun police’.

“As businesses start to scale, if you don’t have process, when they hit scale, the wheels can come off the bus really quickly, because then you have to go back and recreate all this process. And while you’re recreating the process, you’re taking everybody’s eye off the ultimate goal, which is to keep growing the business and make more money.”

Fidura said biggest challenge for any company trying to scale is often the founder not being willing to change.

“The CEO of a FTSE 250 company doesn’t ever get involved in what we’re getting Doris in accounts for her birthday,” he said. “They can’t, they probably don’t even know Doris in accounts. The challenge that I’ve seen in every company that I’ve worked in that had a founder involved was that realisation that they can’t do it like they used to do it.

“For some they get very, very frustrated because it’s not as much fun anymore. The reason that they are in the start-up is they’re entrepreneurial. To tell them that they have to be less entrepreneurial in their own company and they will be more process driven is really challenging for a founder.”